The building of the Parliament “with a waist” (Marilyn Monroe), as the architect Juraj Neidhardt used to emphasize, presents one of the most important achievements of the architect’s creativity, and which enabled the architect, through a sensibility towards spatial organization, to articulate and shape this artistic and dynamic architectural work.

A passionate seeking for and fresh revealing of a modern conceptual approach to the design of the parliament building with the “lines of magnetic force” of the environment and respectable town planning, as well as architectural and interior analyses, resulted in a synthesis of higher spatial-ornamental and artistic qualities for both the interior and exterior.

In this regard, the unique entity of the ensemble achieved by the contrast of the horizontal Parliamentary building and the vertical skyscraper of the Institutions of Bosnia and Herzegov­ina (along with the square, which should not be overlooked) constitutes a modern morphological syntagm. 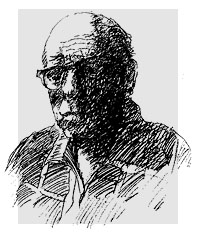 Being a close associate of Le Corbusier, and at the same time an architect who together with Dušan Grabrijan inspired visual-art and form-based values in the architectural heritage of Bosnia, Naidhardt followed the creative thought of his highly regarded French teacher that “Architecture is always a work of an individual, an individual who sees and understands, who decides and creates; it is the sublime moment of crystallization arising in the depth of one’s inner personality, just like in a foundry.”

The Parliament building interprets a creative productive and sculptural act in a dynamic architectural composition, being a synthesis of functional requirements and the spatial organization of its epistructure in modelling its semantic character.

Neidhardt’s inimitable modern architectural art shows fancifulness in its conceptual imagina­tion by playing with lines, planes, volumes and shapes in a harmonious and proportional manner.

Neidhardt, as a creator of the spatial art of his most famous work, articulated the extra-tem­poral architectural quality in a harmonious and modern manner through his personal visual and spatial language.

The façade of the building of the Parliamentary Assembly of Bosnia and Herzegovina was redesigned by the author of this text, and it was his intention to apply the principle of horizontal tendency intensification in an architectural composition.

The azure glasses added in front of the existing windows and white horizontal paired sun-breakers, and the partitions installed in the stone parapets, were supposed to emphasize the horizon­tal quality in visual communication.

By building-in black granite (instead of the white stone plates) in the basement and on the ground floor, this part of the building was supposed to be connected with the same materialization of the square on one hand, and to apply the color contrast of the stone coating on the other, thus securing a visual impression of “hovering” architecture.

Building of the BiH Parliamentary Assembly